Here there is a review a client of mine wrote about our experience together. We had a really good time and lots of surprises, and furthermore, he related it in a elegant way.

I met Fosca a little less than a month ago. We agreed on a friday noon meeting in a love hotel, a little far off the main tracks. Our first two-hour encounter would not be very different from any other, except for the fact that we had already exchanged many emails, and we did already foresee that there could be chemistry between us.

Well there was indeed chemistry, but there was also physics, literature, philosophy, maths, foreign languages… All fields condensed in a hundred and twenty minutes. We could not believe it, we got the highest grades in all classes! Humbly, and somewhat surprised.

So much so that since then we have met again three times, in better conditions: Those were three full nights together. I smile when writing “full nights”, as I have already booked full nights with other courtesans, but in those cases we always ended up sleeping for some hours after the physical and emotional debauchery.

With Fosca this was not the case. In the past month or so, I am missing three full night’s sleep, this is lost and unrecoverable. I’m not sure what it is about this woman, but she is transforming me. I am still a tender, sensual and emotional lover, but I somehow feel a bit like a rabbit. With Fosca, I experience a true sexual frenzy, I can barely keep my hands off her.

Of course this is mainly due to her extraordinary anatomy, her body fascinates me, and attraction grows every time we take off our clothes and unite our cravings. But there is more, much more.

I have the vanity to believe that desire is mutual, reciprocal, reciprocated. I feel that beyond the escort service, the woman hiding behind the professional also abandons herself with me to the inspiration of the moment, and together we walk on an upward spiral that seems to have no end.

Much has been written but little is really known about the mechanisms of attraction between two people. I only know (or at least I think) that I am lucky enough to have established a certain tune with a remarkable woman.

Fosca is an amazing professional, most attentive to all her client’s needs, without losing her freshness and spontaneity. She is both a sweet and affectionate lover, and a volcano of unbridled passion. Notice to volcanologists, her eruptions are spectacular, unique.

I have been trying for three weeks to write an account of our first date, as a tribute to the beginner escort that is Fosca. But it is almost impossible to concentrate on the sensations of that first time, as I am so affected by the three nights we spent together since then.

I will not describe those sentimental considerations that are only mine, they belong to my private sphere. But I would like to share with the reader what happened a few days ago at our last appointment. For logistical reasons I suggested to Fosca that we spend a night together in Madrid, to which she agreed.

We took the high-speed train together, and as soon as it left the station I realized it might have been a mistake: Having Fosca sitting next to me and not being able to hug and kiss her, out of discretion, was something close to torture. And God knows how much I enjoy talking with this woman!

But the trip seemed very short to me. The stimulating conversation and the red wine brought from a brief walk to the bar on car number four, were to blame. And so was the vision of Fosca caressed by the warm light of the setting sun, while half of the country’s landscapes were sliding fast behind her, beyond the train’s window.

Two hours passed in the blink of an eye. I remember I took the opportunity of a tunnel to steal a kiss from her. As if we were not to be seen!

One image has remained very clear in my mind: Fosca eating a red apple, clad in her beautiful red blouse while the late afternoon sky behind her was turning red. Passion, desire, lust, was the apple an invitation?

I suddenly felt the need to visit the washroom, I got up, breaking the Platonic enchantment, and it was with surprise that I heard myself quietly suggesting to Fosca that she meet me in the washroom a few minutes later. With a big smile, Fosca agreed.

Fearful of locking ourselves in too small a space, I looked for the disabled toilet, but it was in another part of the train. So I walked into the first available, checking the cleanliness, it was neat. The only really annoying thing was the smell of the chemicals used for disinfection. If anyone from Renfe reads this story, please, change to a product that does not smell so bad!

The waiting was short, but I took the opportunity to look in the mirror and discovered that my ears were red, signal of a rise in my blood pressure. Before my eyes stood a common man, moderately attractive. A man who still feels surprised every time he triggers sexual desire in a woman.

Fosca announced herself with two discreet knocks on the door, and instantly I opened and closed the door behind her. Alone at last!

We merged in a tight embrace, and I breathed deeply the scent of her sumptuous hair, I love this smell only found in the neck, behind the ear. I heard Fosca’s breathing as she seemed to also seek my scent. We remained embraced a few moments, inspiring, and our breathing became faster, our bodies even closer, two magnets getting gradually warmer from mutual, electrical contact.

Soon my hands ventured under her shirt, exploring her shapes, the immensity of her skin, the divine texture of her breasts. We kissed breathlessly, and soon we were naked, hugging. My erect sex was stuck between our bodies.

In the past I had imagined fucking in toilet of an airplane, and I remember trying to do it in a berth train with an unknown girl when I was twenty. Trying to fit two bodies in a very small space leads to imagine various bizarre postures and contortions.

Fosca is very fit and very feminine at the same time. I have a special fascination for her hips and all that surrounds them. She is aware of that and often wears the chain used for her initial escort pictures, a chain that enhances her hips and multiplies the lust I feel when being with her.

During our previous encounters, I had been surprised by Fosca taking acrobatic positions in bed, some of which had produced a multiplication of excitement and pleasure. But the other day in the high-speedtrain’s washroom, no acrobatic contortions were needed.

We made love slowly, both looking the mirror, I was standing behind her, thus contemplating both her front face in the reflection and her back face in front of me. Her face was showing expressions of real pleasure, her divine breasts were pointing at me, her belly was flat and hard. On the other side I contemplated her long back, topped by her long dark hair, her lush buttocks, and the exact point where our bodies joined in one.

That was sex as good as in the movies, no, it was better than any movie, we were experiencing it in our flesh. Not to mention the morbidity of feeling surrounded by other travelers, separated from them by thin walls of fake woodgrain.

And so, while the train sped over the last three hundred kilometers on the track from Barcelona to Madrid, discreetly hidden in the toilets of first class, we made supersonic love, with mirrors reflecting our images, red in lust and excitation.

Our screams burst just as the train was slowing down to the city’s outskirts. Shaking and sweating, we achieved getting dressed almost instantly, got back to our seats almost without being seen. And we were still shaking when we got off the train in Atocha Station.

Madrid greeted us calmly, impassive. Without paying attention to the tingling of hundreds of people walking past us, we quietly sat on the benches outside the station. We needed to recover before what would be another night of passion. But this is another story! 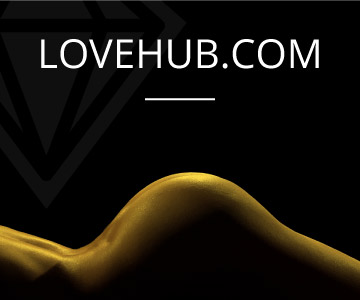